Pictures - Women raped in the war on Ukraine

Women raped in the war on Ukraine 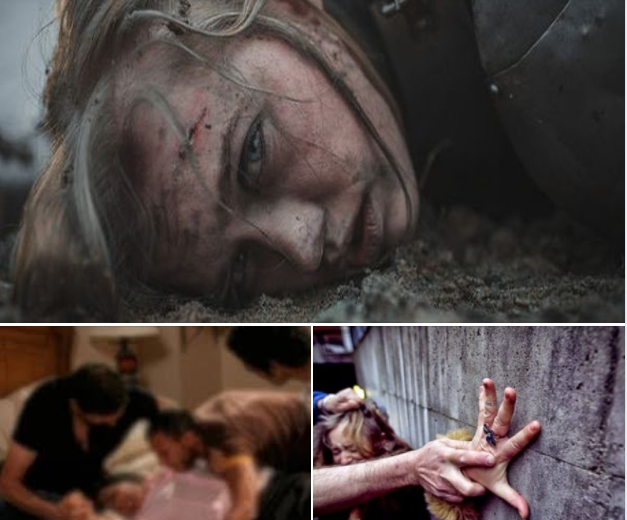 The testimonies of Ukrainian women and girls have revealed horrific sexual abuses against Ukrainian women across the country since the start of the Russian military campaign on the 24th of last February, with rape being used as a weapon and a military tactic with mounting evidence of a massive amount of sexual assault crimes, according to the Guardian newspaper.

The newspaper points to "a growing body of evidence of the use of summary executions, rape and torture against civilians in Russian-controlled areas since the invasion began more than a month ago."

With mounting evidence of sexual violence emerging from areas recaptured from withdrawing Russian forces, the Ukrainian Prosecutor General and the International Criminal Court have said they will open investigations into reported crimes of sexual violence.

On Sunday, Human Rights Watch confirmed that it had documented several cases of possible war crimes by Russian forces in the occupied Ukrainian territories, including repeated rape and several arbitrary executions.

The human rights organization pointed out that it had documented “violations of the laws of war,” noting the repeated rape of a woman, the beating of a Russian soldier, the executions of seven men, “other cases of violence” and “threats against civilians,” as well as looting.

And spread widely, on Sunday, a picture taken by the photographer, Mikhail Balenchak, of about five bodies laid on a highway about 20 kilometers from the capital, Kyiv. The photographer said that the women were naked, their bodies partially burned.

Women and girls have reported to the police, media and human rights organizations that they have been sexually assaulted by Russian soldiers.

Among the harrowing testimonies collected by investigators are gang rapes, assaults at gunpoint, and rape in front of children.

Among these testimonies, according to the Guardian report, is the testimony of a Ukrainian woman named Antonina Medvedchuk, 31, who said that when she woke up to the sound of shelling on the day the war broke out, the first things she grabbed before leaving Kyiv were condoms and scissors to use as a weapon to protect herself. .

"In every interruption between the curfew and the bombing, I would look for emergency contraception rather than a basic first aid kit," she said.

Antonia was not convinced by her mother's attempts to convince her that "it's not a war like this...the kind of war in old movies", but she was "crying in silence", realizing that "all wars are really like this."

Sexual abuse was not limited to Russian soldiers. In the western town of Vinnytsia, a school teacher accused a member of the Regional Defense Services of taking her to the school library and trying to rape her (the man was later arrested by the authorities in Ukraine).

The British newspaper, The Times, published a report that included similar testimonies about sexual crimes in the war, including the story of a woman who was repeatedly raped for several hours in front of her son.

Katerina Cherepakha, head of La Strada Ukraine, which supports sexual assault survivors, says the organization's hotline has received several calls from women and girls seeking help, "but in most cases it was impossible to help them personally because of the fighting."

She notes that "rape is an unreported crime, and an issue of stigma even in peaceful times," so she is concerned that "what is hidden may be greater."

And the Guardian says that opening an investigation in Ukraine and in the International Criminal Court "does not allay Ukrainians' fears of what might happen in a war that is not over yet."

Victim support organizations work to distribute information on medical, legal and psychological support available to victims of sexual abuse, and to find safe havens for women and girls fleeing war.

But these organizations fear that the trauma caused by "the use of rape as a military tactic will lead to profound suffering in Ukrainian society for years to come."