​​158 children died in Ukraine due to the armed aggression of the Russian Federation. About 258 were injured.

158 children were killed in Ukraine due to the armed aggression of the Russian Federation. About 258 wounded. 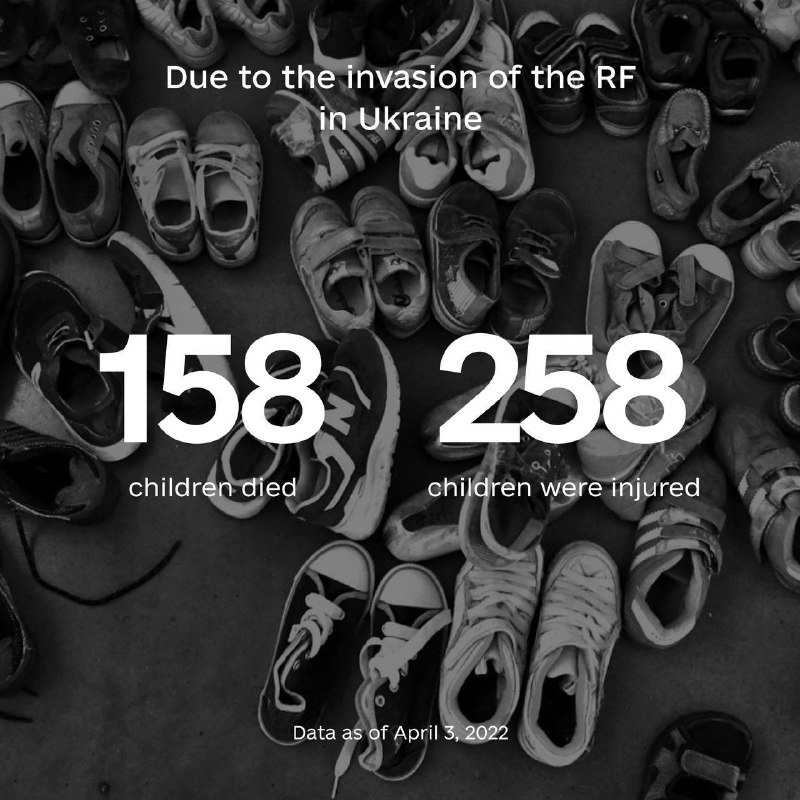 More than 416 children have been injured in Ukraine since the beginning of the massive Russian invasion of our country. As of the morning of April 3, 2022, the official number of child victims remains unchanged - 158 deaths. The number of wounded increased - more than 258.

This data is not final, as work is being done to fix it in the places of active attacks, in the occupied and temporarily liberated territories. In particular, in the city of Mariupol, in certain areas of the Kyiv, Chernihiv and Luhansk regions.

According to the officially appointed event prosecutors, the most affected children were in

On March 30, a 14-year-old girl was seriously injured as a result of the attack of the settlement in the Pashtansky district of the Mykolaiv region.

On April 1, an unknown device exploded on a pontoon bridge near the village of Pribotny in the Chernihiv region, killing two people and wounding two, one of whom was a teenager.