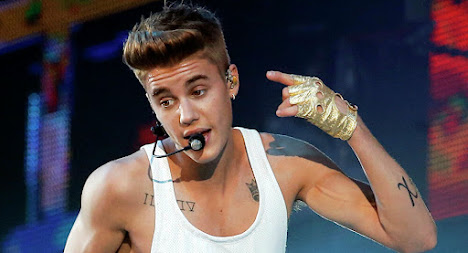 In the United States of America, a campaign has been launched on social media against American singer Justin Bieber, for agreeing to perform a concert in Israel.

Bieber had announced that his world tour, called "Justice", would include Israel.

Twitter users accused Justin Bieber of supporting the "apartheid state", by agreeing to hold a concert in Israel, calling on South African activists to boycott his performances.

One of the tweeters said: "Justin Bieber is performing in the apartheid state (Israel) after he performed in South Africa. If you are against the participation of Miss South Africa in the Miss Universe contest, you should be against this too, do not be selfish. Racism is wrong everywhere even if your favorite star supports it."

Another tweeted, asking: "Justin Bieber is moving from a country that fought apartheid to a country that practices apartheid. What a joke," and a third asked: If your album is called justice, why on earth would you go and sing in Israel, which is an apartheid country? Or is the word justice hollow to you? Or is it just another place to make money from people who make money from the suffering of others? It is noteworthy that a number of international stars, such as: Lord, Demi Lovato, and Lana Del Rey, canceled their concerts in Israel, as a result of criticism campaigns against them on social media.