Clashes renewed with heavy and medium weapons at dawn today, Sunday, in the northern and western sides of the Ukrainian capital, Kiev, on the fourth day of the Russian invasion of the country, and a Ukrainian representative expected that the capital would live in difficult hours.

The capital, Kiev, witnessed the night of the firing of machine guns, while the sirens sounded in the city more than once, and some shells hit buildings in the city center near the government complex.

The authorities in the city had imposed a curfew, fearing they would be labeled as sabotage, and called on residents to report anyone they suspected, and to stay in shelters when the warning sirens sounded.

correspondent said that the Ukrainian army and police are working to strengthen and protect the entrances and gates of government and main buildings in the capital, Kiev, in anticipation of the arrival of battles and clashes close to it.

Explosions were heard in the cities of Opolon, Hostomel, Bucha and Porchiavyk near Kiev, and that the Ukrainian authorities had asked residents of the capital to take shelter in shelters due to possible raids.

For its part, the Russian Defense Ministry announced that all its combat units in Ukraine were ordered to launch a large-scale attack on all axes.

The ministry justified its decision by what it called the retraction of the Kiev authorities from conducting political negotiations to end the war in Ukraine. The ministry revealed that units of the Russian paratroopers and what it said are Ukrainian National Guard soldiers are protecting the Chernobyl nuclear plant, noting that the station's crew continues to work and monitors the level of radiation in its vicinity.

In the east of the country, the military spokesman for the separatists told the island that the separatist forces are launching a large-scale military operation across two axes south of Donetsk, and have taken control of 5 towns in the southern axis in Donbass.

Satellite imagery taken by Maxar revealed that Russian ground forces have assembled in Nova Kakhovka, Ukraine, and deployed near the Kakhovka Hydroelectric Power Station on the Dnieper River in southern Ukraine.

The images show some troops on the southern bank of the river at the power plant, while a large number of additional armored vehicles and trucks are gathered less than a kilometer away. 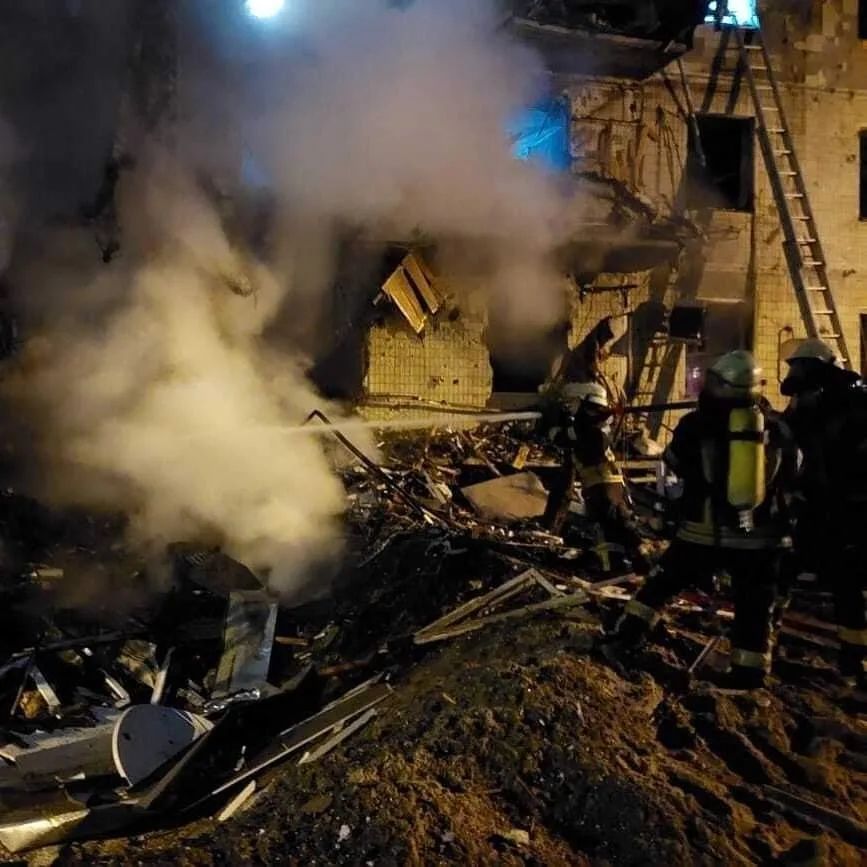 The Ukrainian ambassador to the United States said that Russian forces attacked kindergartens, schools, hospitals and other civilian facilities, adding that Russia occupied 80% of the civilian sites in the city of Shaleta.

She also indicated that Ukraine has lost 198 people, and has more than a thousand injured. The ambassador considered what is happening in Ukraine a major humanitarian disaster, and said that this would not go unpunished, calling for more sanctions to be imposed on Russia and its expulsion from civilized society.

For his part, Ukrainian President Volodymyr Zelensky said that Ukraine had derailed the Russian attack plan.

Zelensky added - in a video speech - that the willingness of the Ukrainian people to defend Ukraine thwarted what he called the scenario of occupation, stressing that his citizens were not ready to hand over their country to anyone.

Reuters witnesses in Kiev said there were occasional explosions in the city on Saturday evening, but it was not clear exactly where they came from. The city and other cities were bombed by Russian artillery and cruise missiles.

And a US defense official said - today, Saturday - that Ukrainian forces are showing "very strong resistance" to the Russian invasion from 3 axes, which led to hundreds of thousands of Ukrainians fleeing west towards the European Union, and blocking highways and major railway lines.

The Deputy Prime Minister of Ukraine announced the death of more than 3,000 Russian soldiers, and appealed to the Red Cross to intervene to transport the dead.

Later, Oleksiy Aristovich, an adviser to the Ukrainian president, said that the attack of Russian forces on Kiev was not making progress, and that about 3,500 Russian soldiers had been killed or wounded since the beginning of the invasion on Thursday.

"We are inflicting blows on the enemy in the vicinity of Kiev. The enemy is not moving now," he added.

The Russian Defense Ministry announced that all its combat units in Ukraine were ordered to launch a large-scale attack on all axes.

On the other hand, US Defense Department spokesman John Kirby said that President Joe Biden has authorized the provision of additional military aid to Ukraine worth $350 million, from the Pentagon's military stockpile.

Kirby explained that the additional aid includes anti-armor, light weapons, ammunition and armor for personnel, to support Ukrainian forces on the front lines in the face of Russia's unjustified attack, as he put it.

Kirby added that the additional aid brings the total amount of military support the United States has provided to Ukraine in a year to $1 billion.

In the context, the Elysee Palace said - yesterday, Saturday - that France will send defensive weapons and fuel to Ukraine, adding that Paris will also act against Russian media that broadcast misleading information about the war in Ukraine.

The foreign ministers of the European Union will hold a video meeting today, Sunday, to strengthen military support for the Ukrainian forces in the face of the Russian invasion, according to what the European Union Foreign Minister Josep Borrell announced Saturday.

"I will propose a package of urgent assistance measures to the Ukrainian Armed Forces, with the aim of supporting them in their heroic battle," Borrell wrote on Twitter.

Also, Belgium, the Netherlands, France and the Czech Republic announced the delivery of weapons and fuel to Ukrainian forces.

European Council President Charles Michel wrote - on Twitter - that "European defense is moving in support of Ukraine, we will facilitate the delivery of military assistance."

Greece called on Russia on Saturday to stop its air attacks on Ukraine, accusing it of "killing" at least 10 Ukrainians of Greek origin.

"We call on the Russian Federation to immediately stop its air strikes and all its actions against civilians," the Greek Foreign Ministry said in a statement.

In turn, Polish Prime Minister Mateusz Morawiecki called - in an interview with the French newspaper "West France" - to double defense spending in Europe, expressing his fear that Russia would launch an attack on Poland, Finland or the Baltic states.

"We have to assume that Putin will want to expand the scope of his aggressive policy, ie (expanding) his conquest. He started with Georgia, now Ukraine, and the next target may be the Baltic states, Poland or Finland," Morawiecki said in the interview, also published by the German "Funk Media" group. or other countries on the eastern side.

"We need a strong European army," the Polish leader added, estimating that "defense spending in Europe should be doubled."

And the Polish government's presidency announced that the number of those who crossed from Ukraine to Poland is more than 45 thousand people, and indicated that it had equipped shelter centers and provided some basic aid.

The Polish government had earlier expected the arrival of 30,000 refugees per day, fleeing the war in Ukraine.

For its part, the Red Cross expressed its concern about the developments in the situation in Ukraine and what it described as the worst scenario, and called on the parties to the conflict to abide by international law with regard to ensuring the protection of civilians.

The Red Cross urged to avoid the use of explosive weapons with a wide impact in populated areas, and to avoid placing military targets in or near these areas.